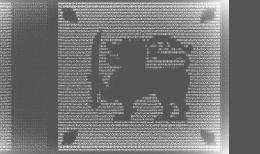 2015 certainly started off with a bang. Just a mere 8 days into the month saw a complete change in regime. The ruling party of 10 years was beaten at his own game and was literally asked to leave the building (queue Elvis). But with all this happening, we still have that question at the back of our minds: What is the new Government’s take on Open Data?

The question of Open Data

Yudhanjaya did a write-up on Open Data and what data the local government is providing us with. For those of you too lazy to click the link, the concept of Open data is basically government data that can be freely used, reused and redistributed by anyone, without issues of copyrights, patents and other means of legal control coming into play. Basically, it’s a way of seeing what your government is up to with facts and figures rather than political rhetoric. This data is commonly, but not always, released in ways that make it convenient for data manipulation.

By and large most countries have taken up the concept of Open Data and have decided to provide its citizens with data on almost anything. Take the US, for example. They have over 137,000 datasets, ranging from Agriculture, to Climate to Education to Health to Science and Research. Certainly a treasure trove of information for those interested in whatever field that they wish to research in.

Sri Lanka on the other hand somewhat pales in comparison. Not only do we only have a measly 89 datasets, they are also woefully outdated. A quick browse here will show you all you what i mean. For example, according to the dataset for new vehicles registered by class of vehicle, year and district, Colombo has a total of 14557 cars registered in 2012. And yet, we’re not in 2012 anymore.

The same goes for other datasets as well. The Revenue Licenses issued in Western province only date back to 2012. Even our crime rate dataset records back to 2012. The data actually ends in 2012.

On the plus side though, we have one thing that many countries don’t, and that is not one, but two portals to access Sri Lanka Open Data. One being the government e-portal www.gov.lk – of which 9 government organizations share 89 datasets – and the other is data.gov.lk. As you can see we’re not even close to matching the dataset of the US, or even our neighboring country India, who have over 12,811 resources in 3411 catalogs. If we are to indeed walk the talk, someone really needs to stop, smell the roses, pull their socks up, put their foot down with a firm hand (insert many more metaphors here) and get started on updating.

It’s not only just about the data, it’s how you (let people) use it.

Publishing a data set is one thing. But how does a government encourage people to make use of this data? As of the moment, Sri Lanka is not doing so, but there are models that we can follow.

Firstly, take the UK, where there exist Open Data Camps. These are akin to blogs and bulletin boards, where users can share data and even take part in surveys to better understand the data that they possess. In fact, there’s one such Data Camp scheduled to be held from 21st to 22nd February. These, coupled with a strong online push, help people access and understand what they’ve got.

India has Hackathons and even their own app development project titled #OpenDataApps Challenge. They also have the National Conference on Open Data and Open API, which brings together stakeholders from the government involved in Open Data value chain together to exchange ideas and strengthen India’s Open Data initiative and positioning worldwide. The conference comprises of keynotes from global experts in the field, presentation on global models, panel discussions on Indian Open Data initiatives and so on. As you can see, they take their open data very very seriously.

Singapore has an even called the Visualization Challenge. Titled “Data in the City”, the challenge invites the public to celebrate 50 years Singapore (which will be celebrated in 2015) by telling the Singapore Story using data and visualise how they live, work and play in Singapore. This not only showcases the heritage and culture of the country, but also creates public awareness of what Open Data is and how it can be used.

Sri Lanka, on the other hand, has a blog page. It’s just.. blank.

Clearly other countries have a much better grasp on what to do with the information they have than we do.

The above-mentioned initiatives, interestingly, are all replicable. Sri Lanka is no stranger to hackathons: in fact, we at Readme have covered many. There’s no reason why these initiatives can’t be leveraged. Likewise the storytelling project.

If you think about it, organizing a hackathon kills multiple birds with one metaphorical stone. Data is the new capital of the global economy, and if organizations wish to grow and perform stronger, exploitation of data is the way to go forward. Businesses can also make use of open government data for new data-led services. Having events like hackathons and data camps encourage those involved to think outside the box and developed apps and tools to help process the data. So in the end, you get a hackathon with new innovative ideas that can hopefully be put to good use by industries.

A good place to kickstart the process would perhaps be the portfolios and plans of ministers active in the country. As has been seen by the promise-trackers based on President Maithripala Sirisena’s 100-day plan, the public can jump to initiatives that make use of such data. There’s also the advantage in that there isn’t as much data collection involved as in, say, publishing a list of vehicle registrations sorted by class, year and region.

The United States’ massive open data sets might just be a pipe dream to Sri Lankan analysts at this stage, but there’s no reason the basics can’t be put up. After all, companies regularly publish financial reports for their investors. And what are citizens but investors in their government?