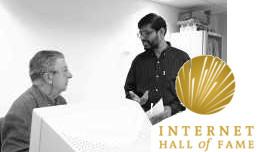 Popularity comes quick today. We hear of viral videos and YouTube superstars that actually make money for just putting themselves on the internet. But like those in the entertainment industry who’ve made a name for themselves in the big screen, the internet too, following suit decided to present an honorary lifetime achievement award to those who have changed the face of the internet (literally) with the Internet Hall of Fame.

What is the Internet Hall of Fame?

A quick wiki tells us that the Award, established in 2012 and administered by the Internet Society (ISOC) is in recognition of individuals who have made significant contributions to the development of the and advancements of the Internet. So no, it doesn’t include the likes of Ms Jepsen or Mr Bieber.

Twenty years before the Hall of Fame, Vint Cerf and Bob Kahn formed ISOC to promote open development, use of the internet for the benefit of all people that gave rise to and enabled propagation of our era’s defining technology. Vint Cerf along with Tem Berners-Lee and Linus Torvalds were the inductees of the Internet Hall of Fame in 2012.

According to their website, the Internet Hall of Fame has three nominee candidates in three categories:

How do you get yourself in the Hall of Fame?

The selection takes place through a nomination process where individuals submit applications for nominee candidates who are then reviewed, screened and shortlisted by the ISOC. The nominations for 2014 closed and inductees were announced just yesterday (April 08) in Hong Kong.

…and the Award Goes to… 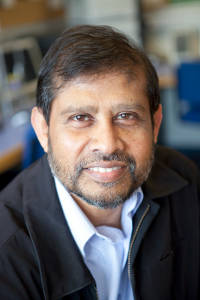 Enlisted a ‘Global Connector’ just recently, Professor Induruwa was inducted for pioneering academic and research networking and Internet in Sri Lanka. His achievements in the country include the establishment of LEARN (Lanka Experimental Academic and Research Network to the Government of Sri Lanka) where he served as Principal Investigator and Project Leader. LEARN was the very first IP Wide Area Network in Sri Lanka, and it provided data communications throughout the country in 1989. Professor Induruwa’s work enabled Internet connectivity, both commercial and otherwise, for the entire nation. Today, the scope of LEARN is phenomenal. It connects universities, research centres and all other higher educational institutions across the country.

As the Internet Hall of Fame website notes, what’s even more impressive is that the Professor managed to convince the government – which at the time was fighting two civil wars – to help sustain the network. If not for him, most of us wouldn’t be online.

It is fabulous to see Sri Lankans making their mark on global fora such as the Internet Hall of Fame. The website tells us to watch out closely (on the internet obviously, via Twitter and Facebook) for information on 2015 nomination dates etc. Who would be next?