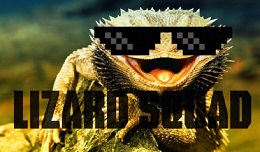 The Ship of the future: Smooth sailing

Anchors away lads. Lade AS, a Norwegian ship designer unveiled a somewhat futuristic looking new design for a naval vessel, more specifically a cargo vessel, which use the ships’ hulls as a sail.

Titled the ‘Vindskip’, this revolutionary news design draws its inspiration from sailboats and aerospace with its hull shaped like a symmetrical air foil, designed to use the wind for propulsion. According to the designer, the ship’s hull will generate aerodynamic lift,thus giving a pull in the ship’s direction.

In addition, the vessel will also use a Liquid Natural Gas electric propulsion system, which takes the ship to the necessary speed to generate aerodynamic lift on its hull.

It’s all about the tech as the Vindskip will also utilize a specialized computer program to analyze meteorological data and calculate the best sailing route based on available wind energy.

With a projected fuel savings of around 60% and Lade AS estimates that the Vindskip design will also reduce carbon dioxide emissions by 80 percent compared to a traditional ship as the design is particularly well suited to a number of passenger and container vessels.

The Alesund-based company has already been awarded two patents for the hull’s ability to generate aerodynamic lift, which it describes as its Wind Power System.

The first Vindskip is expected to enter service by 2019.

Lizard Squad has the tables turned on them

In a somewhat ironic turn of events, Lizard Squad, a group of hackers allegedly responsible for hacking Sony Network back in 2014, have been hacked resulting in the exposure of the entire database of people who signed up to use its services. The group offered a distributed denial-of-service (DDoS) tool for a monthly fee and those interested could sign up and use the tool, now that very information is being used against them

Titled the “Lizard Stresser tool”, the tool let those who paid use it flood websites or simply prevent users from going online by sending a torrent of requests to the sites they were using with data.

According to Brian Krebs, who is an investigative reporter, all registered usernames and passwords were stored in plain text and Lizard Squad had not taken many precautions to protect the login and contact information.

Apparently most of the users who had registered for the tool were gamers hell bent on stopping rivals playing a particular game with particular preference shown towards Minecraft servers.

The attack on the Lizard Squad is another attack that happened to them, the other being where another set of hackers or computer experts got hold of the tools used by the Squad and posted the source code of a program used to attack people on IRC chat networks,

Apparently Eric Zhang, a computer science student managed to list out the names of all the people who had signed up using a very simple script that according to him just took 10 minutes. He also said he was not surprised that the entire database was hacked because public access to the server behind it had not been closed off.

Recent arrests of Lizard Squad members has only yielded the capture of lower level members whilst some of the core members remain at large.

X-Ray vision could be a huge risk to privacy

With the rise in use of technology, there are some eyebrows being raised about to what extent technology can be used without violating a person’s privacy. Most recently US police forces are alleged to be equipped with radars that can send signals through walls.

Known as Range-R the device sends out radio waves that can detect the slightest movements, including breathing, from as much as 50ft away .The use of these radar devices was made public in a Denver court late last year when it was used by police upon entering a house to arrest a man who had violated the terms of his parole.

Originally developed to help US forces fight against Afghanistan and Iraq, the radar motion detectors have proved popular with law enforcement agencies.

According to reports, agencies such as the FBI and the US Marshals Service, had been using radars since 2012 with the Marshals Service spending close on $180,000 on them

In 2001, the Supreme Court ruled that police cannot use thermal cameras without a warrant, specifically noting that the rule would also apply to radar-based systems that were then being developed.